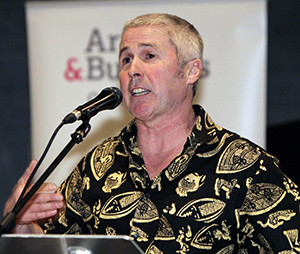 The Company is led by Laurence Allan, Pontypridd born Award winning writer and director, with a 38 year track record of working in the arts. He has written over thirty plays for theatre, radio & TV including two community extravaganzas; Valley of the Kings (Pontypridd Community Play) in 1991 and an ambitious cross cultural production, Torchbearers (Mzansi Cymru Project) in 2012 featuring 200 performers playing at the Wales Millennium Centre, Cardiff and Artscape Theatre, Cape Town.  See Chronology.

ChainWorks  springs from his desire to build on and develop his creative ideas.  This impulse relates directly to his experience of the Mzansi Cymru Project, in which he had a role as conceptualiser and writer bringing the project to fruition as the artistic director.

The ethos of creative collaboration linking the local with the global is central to the vision of ChainWorks Productions. 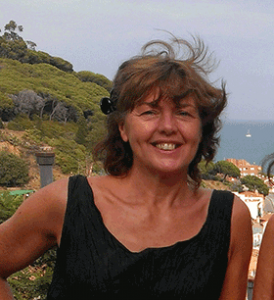 Denise Lord began her career as Administrator of Spectacle Theatre (1982 – 1989) and worked in the Arts until 1999 with companies such as Y Cwmni, Diversions Dance, and Hijinx Theatre.  She was a founder member of community jazz band, Wonderbrass and (in partnership with Laurence Allan) the Pontypridd Community Theatre Project.  In her role as Development Co-ordinator for Valleys Kids since February 1999, she has been responsible for diverse arts initiatives, most significantly raising over £400,000 funding and for co-ordinating and delivering the huge cross-cultural Mzansi Cymru Project bridging Valleys and Cape Town. She retains her passion for the arts and a belief that good theatre can change the world.

The Board of Directors 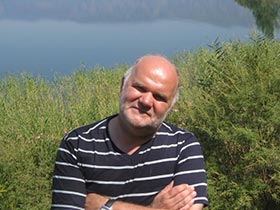 Gareth graduated in French from the University of Wales more years ago than he’d care to divulge and pursued a career in teaching firstly as a languages teacher and head of department and then as a senior manager in Lewis School Pengam in Caerphilly county.

Recently  retired from this, Gareth works part time as a mentor to newly qualified teachers and an examiner for Essential Skills whilst being actively involved in the local Citizens Advice Bureau and singing in More Than A Song ( formerly Mzansi Cymru ) Community Choir.

He has an active interest in music, the arts and sport and particularly suffers the travails of supporting Cardiff City on a Saturday afternoon. He is very proud to be  a part of this exciting new company.

She is an author of 3 published books.  In the period of working specifically with addicted people and their families, she produced 2 self-help publications – ‘Kick Heroin’ (Gateway Books 1985) and ‘Freedom from the Bottle’ (Gateway Books 1990). In retirement she has researched and written ‘Can You Hear Me?’ (Valleys Kids 2013). This recent publication describes the 30 plus year’s history of Valleys Kids and the impact that has had on the lives of those it has reached out to help.

A common thread running through her life has been a desire to help individuals find and raise their voices, particularly if they had been shut down.  Her involvement with ChainWorks Productions is a part of that vision, as she sees this exciting project as a creative tool in helping people of different ages to express who they are.

Retirement has brought time to pursue Liz’s personal love of the arts, particularly painting and singing. Recently she found the courage to display her first exhibition and enjoys being  a member of ‘More than a Song Community Choir’.

Tegan is a fluent Welsh speaker and is passionate about education in Wales and is committed to supporting the sector to have a positive impact on and to engage the most disadvantaged members of our communities.

In her current role she has a wide range of managerial, marketing and communications responsibilities. She has successfully project managed contracts with Welsh Government, The Wales Journal of Education and Investors in Families. She has a 1st Class Honours degree in Drama, Theatre and Media and a Masters in Applied Drama. She has worked in the field of drama and theatre with young people for over ten years, much of her experience was gained at ArtWorks, Valleys Kids; as a Youth Arts Development Officer.

She has a commitment and dedication to offer opportunities, support and develop young people in our own communities through the arts and believes that creativity should be accessible to all. Tegan supported the Mzansi Cymru project and saw first-hand the impact it made on all the people involved, she is thrilled to be a Board member and is looking forward to support and develop the opportunities and possibilities offered by ChainWorks. 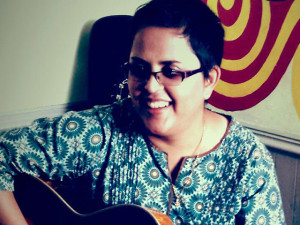 Hina came to South Wales from her home in Telford, to study Business and Finance at the University of South Wales. She has taken to the Welsh Valley way of life with enthusiasm, and now lives near Pontypridd with her husband and 17 year old daughter.

Hina currently works as a Pensions Administrator for D.S.Smith in Caerphilly, but much of her energies are spent following her passion for music and creativity. She is an accomplished singer – songwriter, having played in bands and as a solo performer  throughout the Valleys and beyond. Hina has produced an album, all her own work,  which attracted the attention of BBC Radio Wales, who made one of the songs their ‘single of the week’. Hina has a belief in the power of live theatre and was very pleased to be involved with the Torchbearers project as an assistant to the Musical Director. Chainworks  Productions has attracted Hina’s involvement and she is excited by the work already produced and contributing to the future direction of the company. 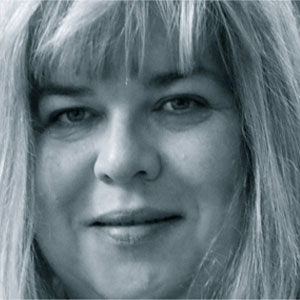 Elise has a broad ranging career mostly (15 years) in the voluntary sector with Canllaw Online and now Valleys Kids but also originally with the public sector at The Wales Youth Agency and 9 years lecturing at a range of FE colleges as well as the private sector at Fusion and through a number of personal ventures. Her work has focused on young people, wider community development and sustainability with an emphasis on enterprise and digital inclusion. She has a passion for the Arts, co-ordinating a Celtic Arts Festival at the beginning of the 1990s, through to her current role at the Factory in Porth overseeing creative opportunities within the iconic pop factory building. She has qualification in Psychology, Personnel Management and Education Management. She lives in Port Talbot with her two children and an array of family pets.

Adviser to the Board: Bill Petty 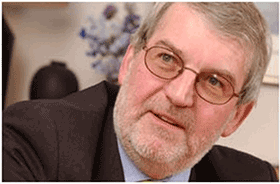 Bill Petty spent his career as a tax adviser, latterly with international accountants and business advisers, Ernst & Young (now EY), where he was Director with responsibility for the provision of EY’s indirect tax services to public sector clients in the South of England and South Wales.

He has worked with central and local government, other public bodies, charities and not for profit organisations. Bill retired in 2011 and now spends a lot of his time exploring the 2000+ miles of canals and navigable waterways in England and Wales. He has a love of theatre that goes back to his student days and is pleased to be able to bring his financial expertise to a new artistic endeavour rooted in his community.

Adviser to the Board: Bronwen Kenny-Jones 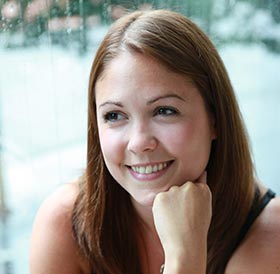 Bronwen studied at the University of Manchester where she graduated in 2009 with a BA honours degree in Drama. After spending her university years stage managing and producing university productions at venues including the Lowry Theatre, Comedy Store and Edinburgh Fringe Festival, Bronwen decided that a career in arts administration and project management would be better suited to her organised nature.

Since then she has worked for Manchester International Festival, Contact Theatre, Hijinx Theatre, National Museum Wales and National Dance Company Wales. She recently made a move out of the arts into the world of product design and is currently working within the Research, Design and Development department at Dyson headquarters in Wiltshire. Her passion for theatre and the arts is still very much alive and is pleased to be involved in the Chainworks journey and excited to see what’s next.