A fast funny show with a band and a fight on the dance floor.

Thanks to R&D grant from Arts Council of Wales, what began as a piece of fast furious theatre in pubs, Tom Jones Sofa has now grown into a  more substantial beast.  Still fast and still funny.

As part of its development  it will now be given three showcase performances.

Through the eyes of the same cavalcade of characters the piece still looks at the shape of the valleys but this time picks up the story of Gerwyn – The Man Who was in Zulu – from Larry’s epic piece TORCHBEARERS , the spectacular love story that performed the Wales Millennium Centre and ArtsCape in Cape Town in 2012.

Where is he now? South Wales or South Africa?

Tom Jones’ Sofa traces his journey to the evocative music of Paula Gardiners’ original atmospheric soundtrack. This time recreated by a small live band, The  Extraordinary Ensemble (PHAM) providing not only echoes of Africa but unique versions of Tom Jones’s Greatest hits.

This will be a stripped back production but full on performance that allows the company and audience to gauge what happens to the show next. 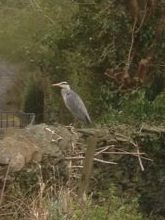 Pontypridd - a town without a history but with one hell of a past.
Pontypridd legends: The Maori Chief, Jones the Voice, Jones the Fighter..