A girl pushes a sofa into a pub and sits on it
ZOEI love settees.
STEFFWhat’s not to like about settees.
ZOENothing. And you can’t have too many of them.
STEFFFive we’ve got.
ZOEFive! Is that all?
STEFFWell inside, I’m not counting the ones outside.
ZOECourse not You can’t really call it a proper backyard unless you have a settee sitting in the middle of it.
STEFFAnd one out the front.
ZOEAnd one in the back lane if you’re caught short.
STEFFSome people don’t have em outside.
ZOEYou’re joking. What do they do when it gets hot.
STEFFGarden furniture.
ZOEGarden furniture! That is so wrong.
STEFFEh settee on a mountain I like.
ZOENow you’re talking. No mountain is complete without a settee parked on it.
STEFFOr two. Or three.
ZOEA suite of settees cascading from top to bottom. Beautiful. You don’t see it now. You got sparkling streams instead.
STEFFShame. Apparently, there was a time they had settees in pubs. Can you imagine that?
ZOEProbably in Ponty.
STEFFEh, when is a settee a sofa?
ZOEWhen it’s in Ponty.
A MAN APPROACHES
ADAMSExcuse me, you can’t bring that sofa with you.
ZOEAre you from Ponty?
ADAMSNo.
ZOEWell you must be a student then, cos only a student or someone from Ponty would call it a sofa. It’s a settee.
ADAMSI don’t care what you call it, sofas aren’t allowed.
STEFFAren’t allowed to what?
ADAMSThey aren’t allowed to be.
ZOEBe what.
ADAMSBe where you’re going. They’re not allowed to be. in public. They’re only allowed to be - on show.
ZOEWell it’s on show. In fact my mother’s settee was always on show – to tell you the truth Saturday night it was the biggest bastard show in Tonypandy.
ADAMSExactly. That has ended. It’s not the past, it never happened and it’s not going to happen. You are leaving that behind.
ZOEExcuse me, I remember –
ADAMSWell don’t. It’s not allowed..
ZOEWhat?
ADAMSRemembering is not allowed. We do the remembering, you do the celebrating.
ZOECelebrate what?
ADAMSWhat we remember. And we don’t remember that settee.
STEFFEH, that was her mother’s settee and a lot of people remember it.
ADAMSYes and I’m sure they’d like to forget it.
ZOETom Jones wouldn’t.
ADAMSTom Jones.
ZOEYes. It was his settee first. He did a lot of his early work on that.
ADAMSTom Jones’s - No. impossible. We have Tom Jones’s sett – sofa. On show. Private show.
ZOEYou having a laugh.
ADAMSI try not to. Specially when speaking of the ancient singing druid of the forest.
STEFFAncient druid?
ZOETom Jones?
ADAMS Please. Only certain people are allowed to utter his name.
ZOEI will utter what I like and I am uttering that settee belonged to Tom Jones
A MAN AT THE BAR
JUDDWhich one?
ZOEWhich one what?
JUDDWhich Tom Jones.
ADAMSWhich Tom Jones – there is only one Tom Jones.

Brilliant night – the show was hilarious. The cast should be proud they all performed amazingly and well done to Larry for writing and directing it. 5 stars any day. Would recommend it, it was very impressive.

Tom Jones’ Sofa took place with the generous support of Robert Otley, landlord of The Rickards Arms Treforest and a grant from Arts and Business Cymru CultureStep. Artistic Director,  Larry Allan and his team of fearless actors brought a fast and furious form of theatre right into the faces of their public – or to be more exact, the public bar. You didn’t have to book and you didn’t have to pay, you just had to be there.

An intrepid team of performers brought the action right to your table and in around the bar and probably on Tom Jones’s sofa. It belongs to Rose and Tyrone from Treorchy and they’re on the move  and the sofa goes with them and it holds a lot of history and a lot of stories, some of them about Tom Jones – most of them myths and lies. And in fifteen minutes of theatre they all came out, from a ferocious  all female haka to a mountain top fight, refereed by a tattooist singing Delilah.

When I was growing up in Pontypridd my brother told me he once saw Tom Jones being knocked through a chip shop window. As I grew up I met more and more people who claimed they played in Tom Jones’ backing band – the Playboys, The Senators, The Squires. He must have toured the valleys with an orchestra. How about touring the pubs he played in with a sofa. His sofa. Or is it a settee?

We wondered, where people go, who would never dream of going to the theatre? Many go to pubs we thought, so, lets take the theatre to them. So, Larry wrote a short sharp piece, which contained a sofa (Tom’s) and we tour it to pubs.  To book the sofa – contact: chainworksproductions@gmail.com

How? Supported by Otley Ltd matched by CultureStep grant from Arts & Business Cymru

Where? Suitable for: Pubs, Clubs, Restaurants and Front Rooms and anywhere that’s not a stage. Plans are afoot to meld Tom Jones’ Sofa with the Torchbearers story and take it to the Edinburgh Fringe 2016 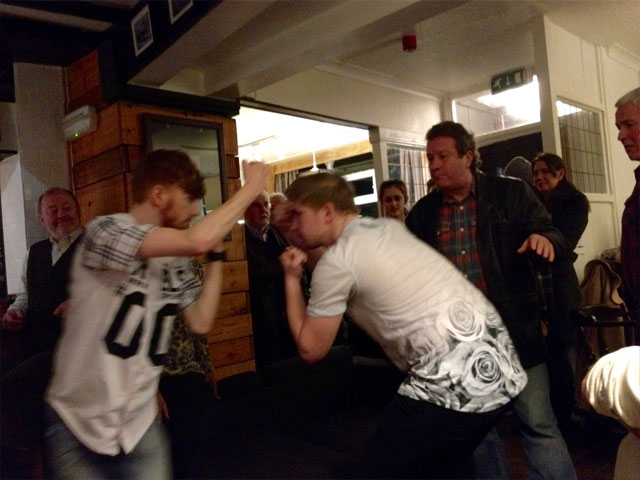 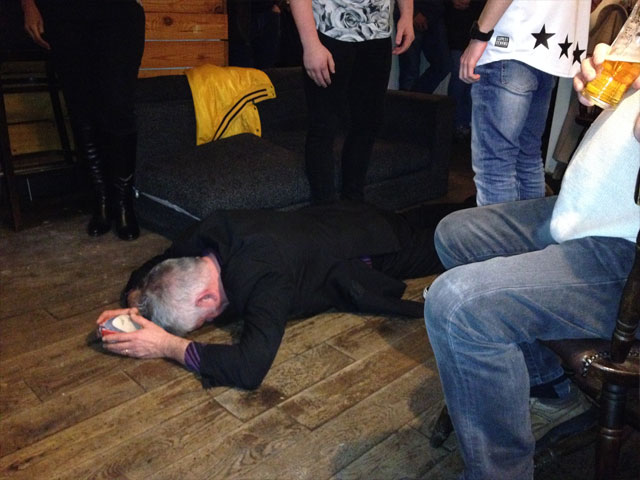 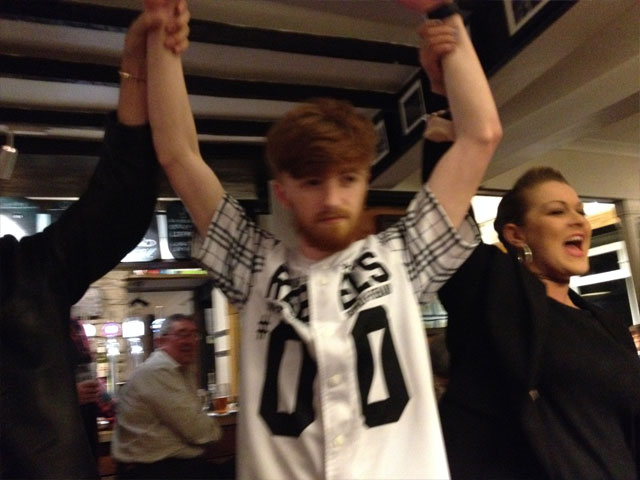